MOUNTAIN VIEW, Calif. (Reuters) – Thousands of Google employees around the world briefly walked off their jobs on Thursday to protest the company’s response to sexual harassment and demand that the world’s largest search engine address rising concerns about workplace inequality.

The protests took place in waves, beginning in Asia and then streaming across Europe and North America, with the final wave occurring at Google’s headquarters in Mountain View, California.

The protests, which drew Google contract workers as well as employees, followed a New York Times report last week that Google in 2014 gave a $90 million exit package to a senior vice president, Andy Rubin, after he was accused of sexual harassment.

“This was the $90 million straw that broke the camel’s back,” Celie O’Neil-Hart, one of the protest organizers and who works on YouTube marketing, told reporters as she joined hundreds of other employees in the courtyard of Google’s Mountain View headquarters. “But there are so many stories that we’ve heard for so long, and it’s time for action and change,” said O’Neil-Hart as she teared up.

Rubin denied the allegation in the New York Times story, which he said contained “wild exaggerations” about his compensation. Google did not dispute the report.

Organizers said about 60 percent of Google’s offices participated, including Dublin, the company’s largest site outside the United States, as well as London, Zurich, Berlin and Singapore. They shared photographs on social media of hundreds leaving offices.

Many employees at the Mountain View walkout chanted “Women’s rights are workers rights,” and some wore blue ribbons in support of sexual harassment victims.

Seven U.S. employees who organized the demonstrations called on Google parent Alphabet Inc (GOOGL.O) to make harassment investigations fairer for accusers, share pay-equity data with workers and add an employee representative to its board.

“I want to make sure Google sets the bar,” he said, noting that a lack of gender and racial diversity was part of the issue. “We’re grappling with it, as with many places.”

Organizers and other employees said Google executives, like leaders at the dozens of companies affected by the #metoo movement, have been slow to address numerous structural issues such as unchecked power of male executives.

They want Google to publicly report its sexual harassment statistics and end forced arbitration in harassment cases. They also have asked that the chief diversity officer be able to directly advise the board.

Rana Abdelhamid, who works in Google Cloud’s marketing division in San Francisco, told reporters that the walkout was “about safety of women in the workplace,” adding that Google’s historical support for women’s causes caused her to be shocked when she learned of the multi-million-dollar payout.

“The numbers and facts don’t match with the intentions” of Google on equality and safety for underrepresented groups, she told Reuters. “We need to reprioritize energy and really focus on these issues.”

Since its founding two decades ago, Google has been known for its motto “don’t be evil,” a dictum preserved in its worker code of conduct, and its transparency with employees about corporate strategy.

But employees have internally organized for months to increase diversity and improve treatment of women and minorities.

Those issues have been top of mind since the 2016 election of U.S. President Donald Trump, a Republican, stunned Silicon Valley, where liberal and libertarian policies are popular.

Tech workers have become more vocal to protest both the president’s and their companies’ stances on immigration, defense and discrimination. Workers have said that they are driven by the sense that their technology pioneer employers should also be standard bearers on socioeconomic issues.

“We all know that the status quo is unacceptable and if there is any company who can solve this, it is Google,” said Thomas Kneeland, a Google software engineer in New York.

The dissatisfaction among Alphabet’s 94,000 employees and tens of thousands contractors has not noticeably affected the company’s share price. But employees, who warned they would demonstrate again if needed, expect Alphabet to face recruiting and retention challenges if their concerns go unaddressed.

Around the world, Google workers walked out carrying signs reading “Time’s up Tech,” “Happy to quit for $90M – no sexual harassment required” and “Not OK Google,” a reference to the “OK Google” phrase used to activate Google’s voice-operated Assistant.

Cathay Bi, a Google product manager, speaking through a megaphone before hundreds gathered in a bustling pedestrian plaza in San Francisco’s financial district, talked about the engines of change. 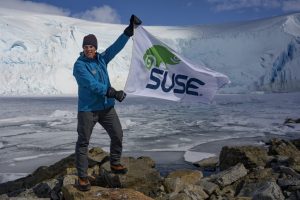 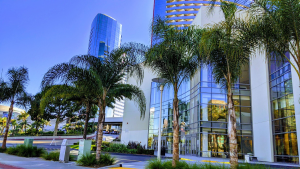 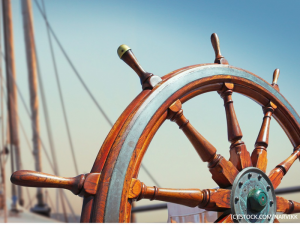 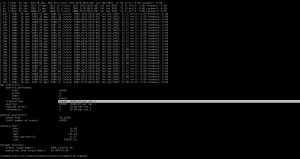 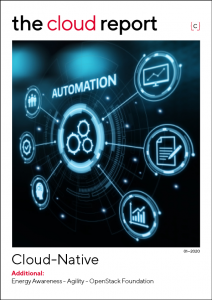